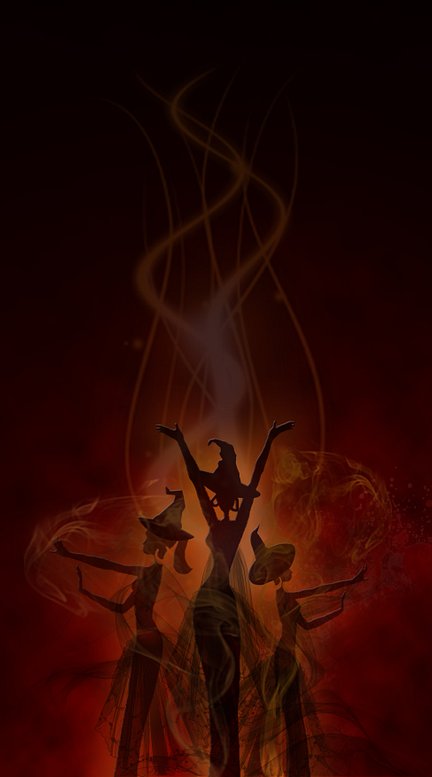 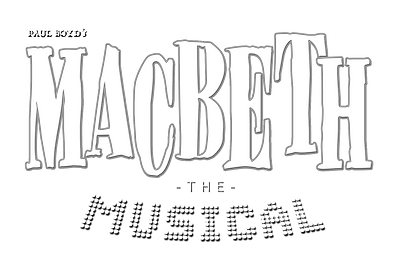 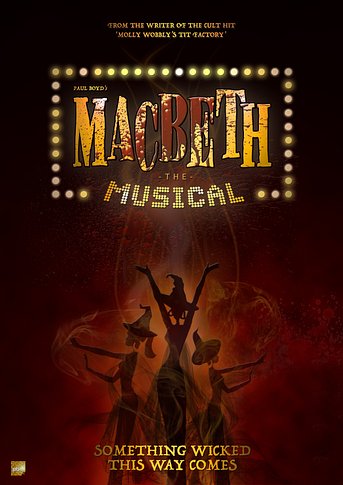 Paul Boyd retired Macbeth The Musical at the end of 1994 and has gone on to write twenty four additional musicals (including the award-nominated shows Alice The Musical, Pinocchio, McCool, and The Haunting of Helena), numerous theatrical scores (including music and songs for the West End show Spike Milligan’s Puckoon), and the internationally acclaimed water spectaculars The Little Mermaid and Sinbad.   His stage musical Molly Wobbly’s Tit Factory previewed at Belfast’s Lyric Theatre in 2011, enjoyed critically acclaimed runs at the Assembly Rooms at Edinburgh Festival Fringe 2012 and at Phoenix Arts Club in 2014, and finally opened in the West End at Leicester Square Theatre in 2015.

Paul began rewriting Macbeth The Musical in 2017 as part of events to mark his 25 years of original musical productions that year, but unfortunately other work soon took over and the project was placed on the back burner.  Whilst the rewrite is currently incomplete, reviving show remains a pet project of Paul's and he tries to find time to return to revising the script and score at every opportunity.  The promo videos on this page were created to promote the intended re-release of the rewrites in 2017.

Macbeth The Musical is a musical comedy based loosely on Shakespeare’s infamous Scottish play, populated with comically re-imagined versions of many the play’s best-known characters including Lord and Lady Macbeth, a plethora of Macduffs, the doomed King Duncan, the beautiful Banquette, as well as an entire Scottish army in disguise, the Glasgow Operatic Chorus in full voice, and three beehived witches in training.  The musical features a soundtrack of original rock, pop, and West End/Broadway-style songs, and it launched the careers of many performers who today continue to work in the entertainment industry in Ireland and the UK, including actors Jonjo O’Neill, Angela Waller, Niki Doherty, and Antoinette Morelli, choreographer Deborah Maguire, arts consultant/artistic director Karl Wallace, and QVC presenter Miceal Murphy.

During its years of production the original Macbeth The Musical was staged at most of the professional venues then operating in Northern Ireland.  The final tour of the show, produced by Kabosh Productions, opened at the University of Ulster at Coleraine’s Octagon Hall in 1994, almost exactly two and a half years after the original production of the show first premiered there.

of the highest quality"

featuring new music from the "The Opening"

On 23rd February 1992 at the University of Ulster in Northern Ireland a new comedy stage musical premiered.  The show was Macbeth The Musical and it was a surprise hit, selling out the university’s 400-seater Octagon Hall for an extended four night run.   Local press raved about the show describing it as “Rocky Horror meets Noel Coward” (Coleraine Chronicle) and hailing its “marvellous songs” (Coleraine Times).   The young writer, composer, and director was BA Hons theatre student Paul Boyd, and although he had already written a number of comedy plays, Macbeth The Musical was his first original stage musical.

The show was invited to open the autumn season at a nearby producing theatre, and on 24th September 1992 an extended, re-mounted production of Macbeth The Musical ran for three nights at Coleraine’s Riverside Theatre.  In November 1992 the musical was presented for a third time, at Belfast’s Group Theatre, where it enjoyed a sell-out run during Belfast Festival at Queen’s.  When Paul Boyd became the founding artistic director of theatre company Kabosh Productions, Macbeth The Musical was announced as the company’s first major touring production.  The show began a hugely successful tour across Ireland in September 1994, launching Kabosh on to a theatre scene within which it still operates today.